As of May 30, 2017, MyHeritage finally released their Ethnicity Estimate (beta) to those who uploaded their raw data.  So far this service is still free.  Not sure if they will discontinue that service.  Currently their tests are at a reduced price of $79. 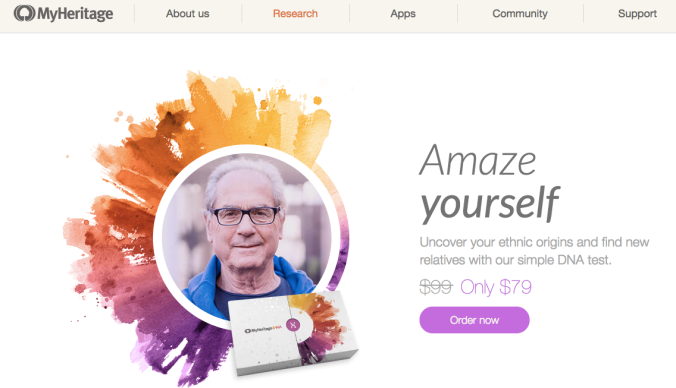 Not only does MyHeritage (MH) have an Oceanian category but they included Polynesian along with Melanesian and Papuan. 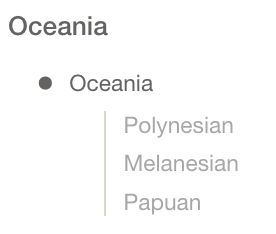 Last year and probably the year before that, they reached out to people who had a tree at MH whose 4 grandparents were listed in a given geographic area confirming ties to that particular place or country.  And while they seem to have obtained more than Ancestry’s 18 Polynesian samples, they did not take into consideration that these people may be admixed.

A lot of admixed Polynesians who did test with MH are reporting to have lost a lot of their European while simultaneously having an increased percentage of Polynesian.  There seems to be about 10% difference.

Here are my mother, my maternal aunt and my own results.

My mother and her sister are 85% Hawaiian while 15% is of European background.  My mother gets about 17% European at the varying DNA testing companies.

Several Polynesians have shared their Ancestry results with me.  Comparing it to MH it seems that the numerous samples that they used for the Polynesian category included some admixed Polynesians of European heritage.  I have been hearing the same situation for those with admixed Native American background reporting 20% to 30% more Native American while reducing the amount of European.

What is interesting about MH is that they did have other populations not covered by the other testing companies.  They separated the Melanesian and Papuan, commonly grouped together and labeled as “Oceanian” by other companies or at GEDmatch, and provided a separate Polynesian category.  They did something similar for the Asia group.

MH has specific groups within the Southeast Asia area, such as Filipino, Cambodian, Vietnamese, Thai, Malaysian and Indonesian.  While the thinking is that if you come from that particular background which they tested, you should score perfectly with that group.  This may not apply for some either due to the limited number of samples and/or where they got their samples from, such as taking samples from one specific area.  I have only seen a few Filipinos’ results where they score 100% Filipino/Indonesian/Malaysian.  A couple of Chinese people received majority Chinese and Vietnamese and a smaller percentage of Filipino/Indonesian/Malaysian.