On Gedmatch there is a tool where you can run your raw data and it can determine if your parents are related by looking for strands of homozygous DNA.  Better known as “runs of homozygosity”, or ROH,  are regions of the genome that are identical because you inherited an identical copy from each parent which would indicate that there was a common ancestor.  This will create a run of homozygous variants. 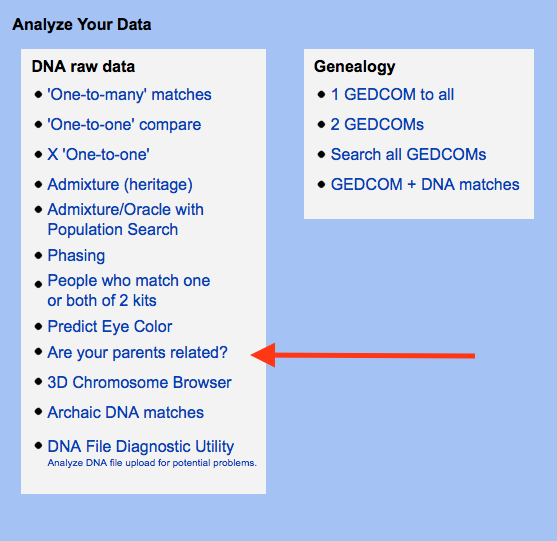 ROH are informative.  The longer runs obviously tells us that there was intermarriage while short runs of ROH have the potential of informing of population history, i.e., populations that have gone through a bottleneck followed by a period of intense inbreeding that will result in long runs of ROH.  Then as time passes these long runs become to look like patches throughout an individual’s genome, showing both homozygous and heterozygous regions.

The sporadic placement of these long ROH on various chromosomes are consistent with bottleneck populations.  In Razib Khan’s blog he has an entry about how not all homozygosity is created the same.  He refers to a paper that mentions how when looking at various world populations, there was obviously a difference.  In certain areas, these long ROH was attested to cultural patterns of inbreeding, as well as small population size.  Short and medium ROH are results of bottleneck, and smaller effective population while long ROH is due to effective population size which occurs during inbreeding.

I tried this tool months ago a few times but it looked like it was not working properly or the results just was not easily understandable.  I tried it again and now they break it down by each chromosome showing you how much and where these runs occur, using the minimum criteria of 7 centimorgans.

Analyzing my own mother’s results seemed to have a decent amount of ROH, specified below by total shared, largest segment and on which specific chromosomes these were found.  The largest segment was 13.9cM, the estimated number of generations to the MRCA (most recent common ancestor) is 4.1. 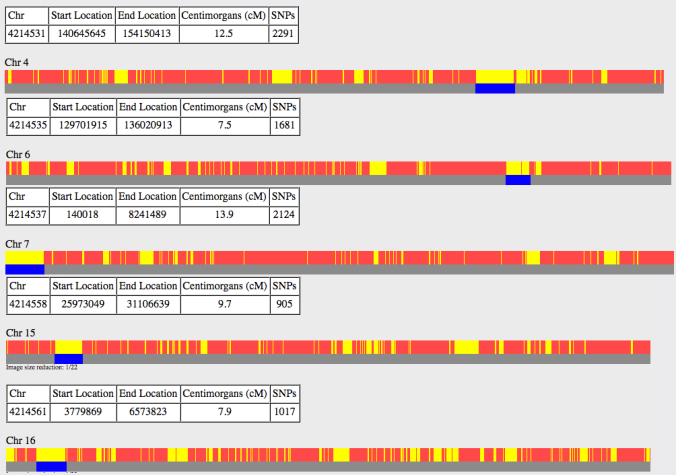 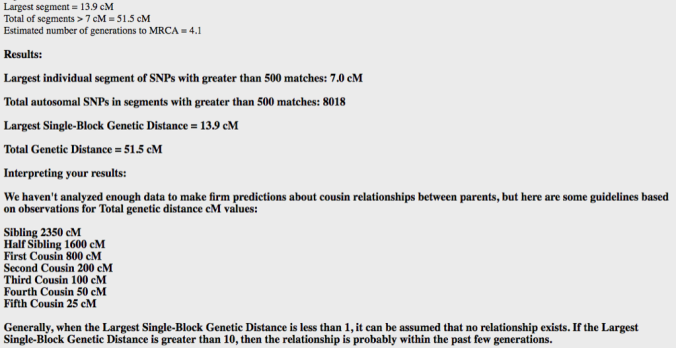 After going through my mother’s matches (from her ONE TO MANY) and looking at Hawaiians, Maoris of New Zealand, Samoans and a half Tongan, I definitely saw a pattern.  A couple of Maoris that did show ROH showed 2 to 3 chromosomes that had ROH, with the largest segment as large as 16.6cM, and as small as 7.1cM.  I was only able to find one Samoan woman out of the 5 known Samoan matches to my mother that had at least 2 chromosomes that showed ROH.  Her largest segment however was only 8.8cM.

This seems consistent with the research as well as the known history of the populating of Polynesia.  Hawaiians have gone through a recent bottleneck at the end of the 19th century and have recovered from that.  So it is no surprise that Hawaiians and Maoris would show more ROH than Samoans or Tongans.  More so with a population expansion after a bottleneck effect we do see how Hawaiians not only show more of ROH but it also appears to be sporadic throughout with both short and long ROH, as in one Hawaiian’s example he has 3 segments of long ROH that were on one chromosome.