Last December I blogged an entry entitled Polynesia Category – Ancestry.com.  It was about their new Pacific Islander category and how I noticed Filipinos had been coming up with that category as well.  I have been noticing other people of mainly Southeast Asian ancestry having small percentages of Polynesia in their ancestry composition.

All of these are the results of picking up that Southeast Asian component that exists for these people including Polynesians, of which makes up about 80% of their genome.  A few weeks ago I spoke to Ross E. Curtis, Ph.D., a computational biologist, specializing in genetics and visual analytics, and has been with Ancestry.com since 2012.  I informed him of the small sampling size that they had, just 18 samples (see Polynesia Category – Ancestry.com) and the problem that provided.  He was not too familiar with the details behind, mentioned a colleague that helped to put that category together but was unable to provide any real insight into that specific category.  So whatever I am learning about this comes from actual testees and especially those who are not of Polynesian ancestry.

My mother finally did test with Ancestry.com back in March when I made an emergency trip to Wai’anae, O’ahu, Hawai’i and had my mother retake that test since it got rejected.  I had predicted that she would basically show up as 80% Polynesia and 20% European, but this is her actual results.

It is as almost that Ancestry tends to give us the lowest possible amount of European.  I got 8% while my mother got 11%.  And just as it did with FTDNA’s myOrigins, it gave my mother a bit more  Scandinavian.  Actually with myOrigins my mother gets 19% while I show 11% Scandinavia.

We will probably see more people of Southeast Asian origin come up with the Pacific Islander/Polynesia/Melanesia category as a proxy for Southeast Asian as more get tested.

No surprise however when I looked at her matches, a lot of close 2nd – 3rd cousin matches. 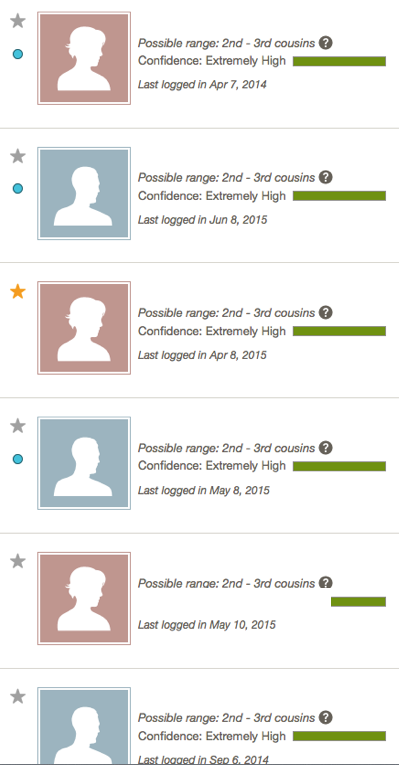 I managed to match two of my mother’s 2nd – 3rd cousin matches on GEDmatch.com.  Assuming that the matches are listed in order of closest to the least closest, these are how the two matches up with my mother.